The Knights of Columbus is the world's largest Catholic men's fraternal service organization with over 1.9 million members. It provides members and their families with volunteer opportunities in service to the Catholic Church, their communities, families and young people. Charity, Unity & Fraternity are our guiding principles.

Msgr. Kern Council is located at St. Thomas a'Becket Catholic Church in Canton Michigan. The current Grand Knight is Ed Patrick. Contact the Knights by phone at (734) 981-1333, or by email at knights@abecket.org.
Following is a brief history of the founding of our council:

Some Council History - Founders Day for our council is February 14th. That’s the anniversary of the founding of our council on Feb 14, 1983. In recognition of our council's Founders Day, Past Grand Knight Ron Fournier has shared some information about how we became Msgr. Clement H. Kern Council #8284. At the time, a group of men from St. Thomas a’Becket parish who were also Knights got together with the thought of starting their own parish council. George Metz, the District Deputy at the time, asked if any of them were council officers in their present councils. Ron, who was a member of Immaculate Conception Council in Garden City then and serving as Recorder, raised his hand. The DD said…"Good. You will be the new Grand Knight here”! It then became Ron’s responsibility to come up with a name. Canton #8284 just sounded too plain. Other names considered then included Blessed St. Mary, Holy Rosary, Sacred Heart and even St. Thomas a’Becket. At the time, Msgr. Clement Kern was quite a famous priest locally. He was the long time pastor of Most Holy Trinity Church in Detroit and an outspoken advocate for working people and their fair treatment. Ron thought it might be nice to honor him by naming our council after him. Msgr. Kern was still living at the time and Ron did not want to be presumptuous, so he met personally with the good father and asked for his permission. Msgr. Kern was most gracious and happy to allow us to use his name for our council. Msgr. Kern passed away just two weeks later. With the council’s agreement, Ron submitted the paperwork to Supreme and we became Msgr. Clement H. Kern Council #8284! But the story doesn’t end there.

A new 4th Degree Assembly connected with Robert Jones Council in Lincoln Park was also forming at the time and heard about our new council name. They did not like that because they wanted to choose Msgr. Clement H. Kern as their assembly’s name too. They approached Ron and told him he could not have the name because it was what they planned to use. Ron’s response was not so much “tough luck, buddies” as it was the question and statement  “Do you have his permission? We do.” That was the end of that argument. The rest is history as they say. Msgr. Kern Assembly #1963 was chartered in January 1984 and exists today, but they can never claim to be the first with the name or to have had the good monsignor’s permission to use his name. Only we can claim that!

Thanks again to our Charter Grand Knight, Ron Fournier, for this important bit of council history!  (Originally published February 2013)
​ 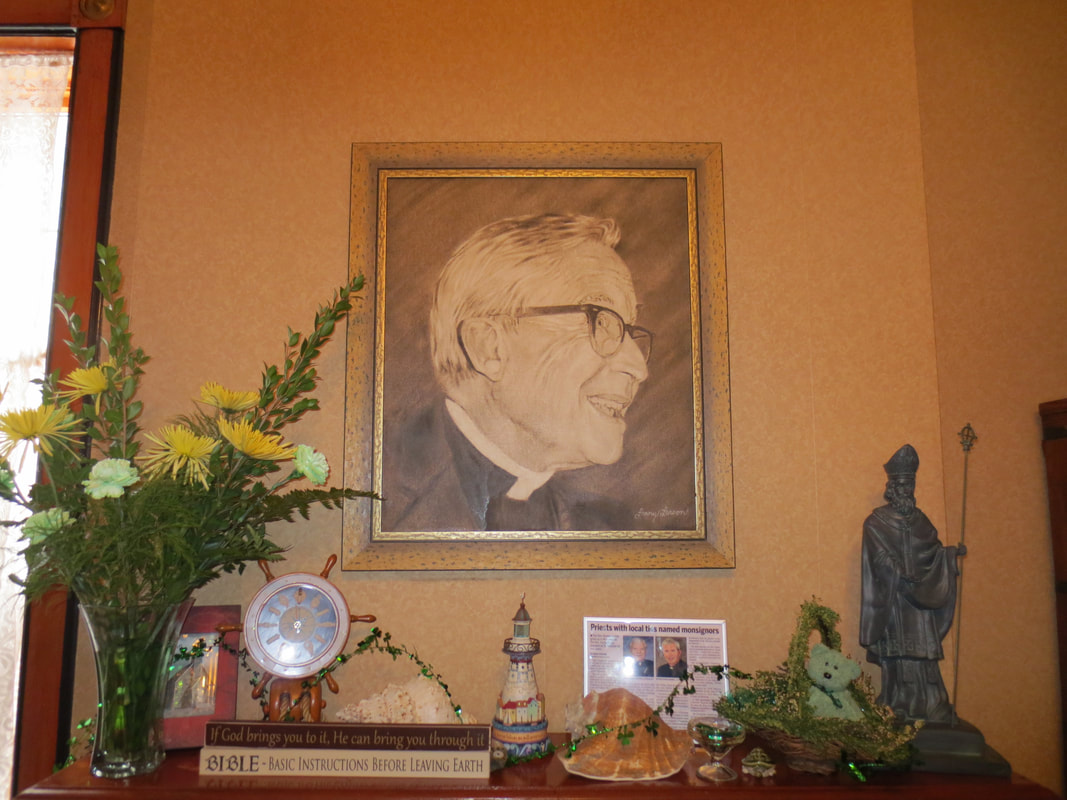 Portrait of Msgr. Clement H. Kern at the rectory of Most Holy Trinity Church in Corktown (Detroit). Msgr. Kern was the long time pastor of that parish. 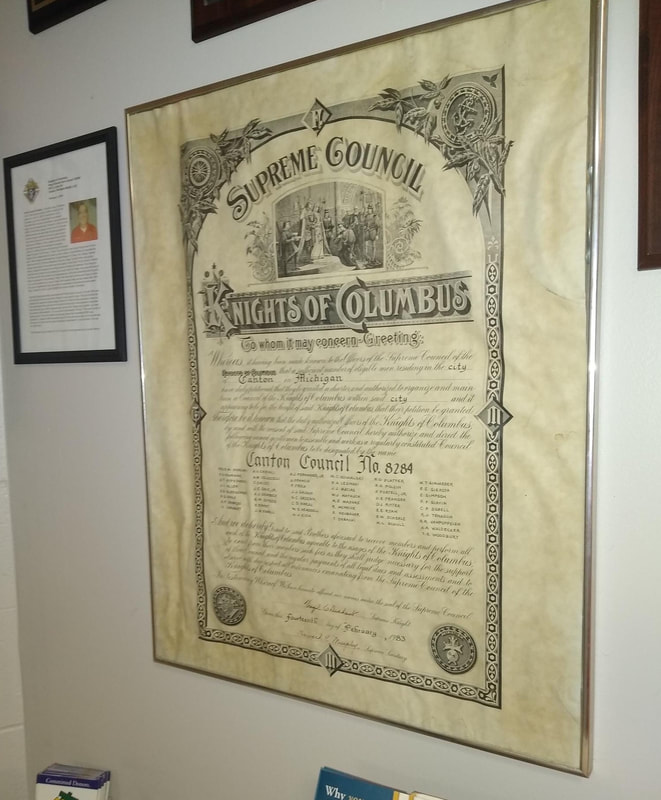